“El Pueblo de Nuestra Senora la Reina de Los Angeles de Porciúncula”. This is the full name of the city of Los Angeles. Everyone knows that Los Angeles means “The Angels” in Spanish, but few people know its full name. Nobody would guess that it consists of 12 words!

The name means “The village of Our Lady the Queen of the Angels of the Portioncule River”. It originates from the small village that would later become the center of L.A. This name was given by the Spaniards, the first conquerors of the territory in 1769. That’s why they call it the “City of Angels“.

Here is the condensed history of the city of Los Angeles. It has even more interesting facts that you probably didn’t know about.

Los Angeles was not always a coastal city

Los Angeles became the city it is today at the beginning of the 20th century. It was the result of the combined effect of its population growth, but also of the growth of tourism. The leisure industry works hand in hand with economic spin-offs.

The decisive event was the choice made in the 1920s by the urban elites. They abandoned the radio concentric configuration that had prevailed until then. Instead, they organized the city’s development in favor of urban sprawl. Many real estate operations transformed the coastline into a residential area. Promoters emphasized the seaside character of the area to attract a new clientele. 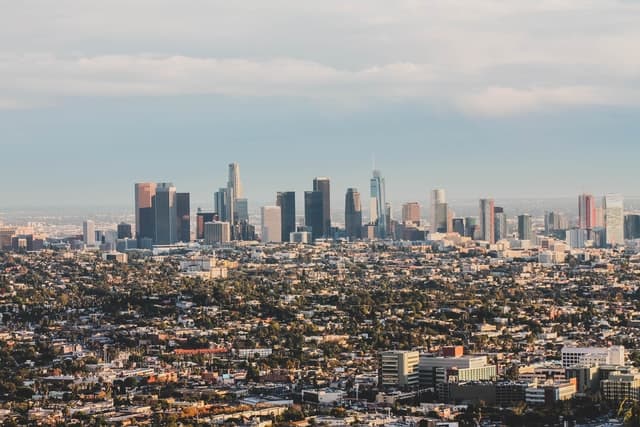 The near-extinction of LA beaches

The beaches became a structuring element of the development of the city of Los Angeles. Their popularity increased dramatically. They quickly suffered the backlash of this intense urbanization. By the end of the 1920s, they were saturated and polluted. Worse still was the effect of erosion caused by haphazard construction. Entire sections of the coastline were threatened to disappear.

The birth of coastal engineering

By the end of the 1930s, a “beach lobby” was formed. It was made up of local elites, engineers, scientists, businessmen, and administrators. It intended to remedy these problems by developing the coastline. Although the term only appeared later, it was the birth of coastal engineering. The first projects, carried out in an intuitive manner, gave rather mixed results. Yet they allowed for the accumulation of experience and the refinement of knowledge. The foundations were laid for the “sand rush”.

The post-war period saw the implementation of major coastal development operations. First of all, the beaches had to be secured to guarantee their access to the public. Then they had to be widened by depositing large quantities of sand. In 1948 alone, the city of Los Angeles extracted and moved 4 million tons of sand.

The results are clear. The operation allowed them to gain 180 meters of beach in Santa Monica. The coastline was also cleaned. A new wastewater treatment plant was put into service to fight pollution. The development of the beach was finally resumed. Recreational facilities and sports fields were installed, roads and parking lots were built. Amusement parks such as Disneyland were also introduced at that time.